Shooting With the Mitakon Lens 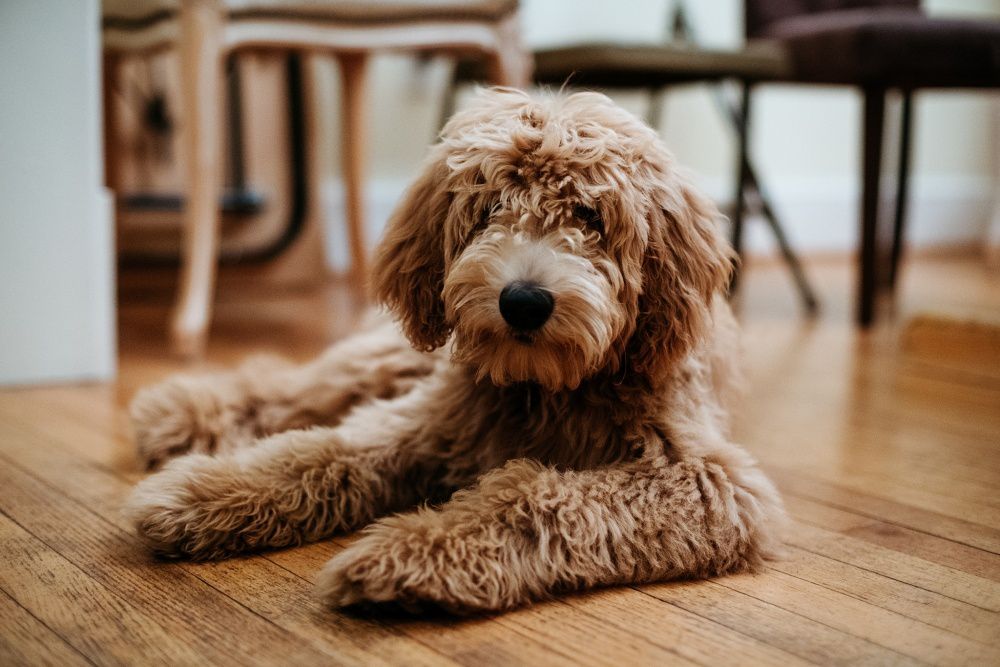 Browse any photography forum and you’re likely to hear about the same set of lenses over and over again. Canon, for example, has a few that regularly come up: the dreamy 85mm f/1.2, the versatile 24-70mm, and the workhorse 70-200mm f/2.8.

However, there’s a lens that’s quickly becoming a fan favorite: the Zhongyi Mitakon 35mm f/0.95. You read that right. This lens has a maximum aperture of f/0.95!

Here’s what you need to know about this lens: it’s made for ASP-C format cameras, so it’s crop sensor only (no full frame). That means if you’re shooting Canon, Sony, or Fuji mirrorless, this lens will work with your camera.

Sorry Nikon users. But check this out! The Zhongyi Mitakon Creator 35mm f/2 Lens for Nikon F Mount is less than $150 USD!

Now, before I convince you to go out and buy it (the 35mm f/0.95) (and trust me, you’ll definitely want to), let me first quickly tell you how I discovered this marvel of a lens.

I’ve been shooting with the Fuji XT-2 since it was released, and a few months ago I was looking for a good 50mm prime with some serious background blur. I wanted something that would really help my portraits pop with really pronounced subject/background separation. At one point I was almost convinced to go for the 35mm f/1.4 (remember, a 35mm on a crop frame is about the same as a 50mm on a fullframe), but then my friend reached out to me and urged me to consider something different.

“Check out the Mitakon 35mm. It’s super-fast and has excellent bokeh. It’s worth a look,” he encouraged.

“The Mita-what?!” I remember thinking. But after looking up the lens, I was blown away. He wasn’t kidding. F/0.95?? That’s some serious speed. Immediately, though, I discovered one drawback that was almost a dealbreaker for me.

Prior to getting this lens, I had always shot with autofocus. As a portrait photographer, I never really had the need to use manual focus. I almost decided against buying it, until I read its rave reviews.

Photographers were posting some amazing images taken with it on their blogs. Their images had a narrow depth of field I had never seen produced by a crop-sensor before.

I was sold. I ordered the lens on B&H that same night. Best. Decision. Ever.

If you’re interested in the Mitakon lens and wondering how you might be able to use it with your own photography, there are a few things you should know. Here’s what we’ll uncover about the Mitakon 35mm f/0.95 today:

Let’s get right into it!

First things first, this lens feels like a tank. Weighing in at about one pound, it’s nearly three times heavier than my 35mm f/2, so the difference is quite noticeable. Fortunately, it’s not so heavy that it’s a hindrance to use. The focus and aperture rings have the perfect amount of resistance – not too loose, not too stiff. One important thing to note is that the aperture ring has click-less stops, so adjusting f-stops is buttery smooth. If you’re used to clicks, it might take some getting used to, but I appreciate the fluid and natural motion of twisting the ring and adjusted to it immediately.

If you’re into dreamy background blur, this lens delivers. Shooting wide open with this lens gives you about the same look that shooting 50mm at f/1.4 would give you, except the focus fall-off with the Mitakon is unlike anything I’ve ever seen. Take a look at the difference between the subject’s face and her neck in the following image – the depth of field is quite dramatic. 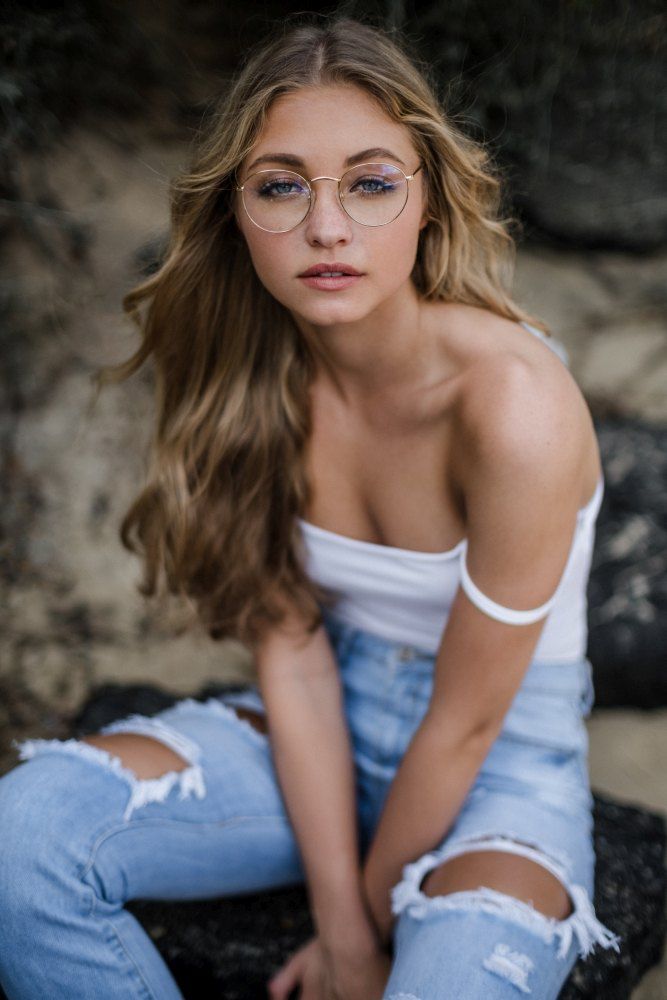 The Mitakon does have a natural vignette that’s the norm for fast lenses, but I’ve never had a problem with it. If you need to, it’s easily correctable in post-processing by applying a lens correction profile.

When shooting with this lens, chromatic aberration has never been an issue for me, which is a pleasant surprise, as shooting with fast primes has almost always involved having to remove purple fringing in post-processing.

Key lesson: Shooting wide open is generally the culprit as to why you’re getting purple fringing in your images. To minimize this, stop down on your aperture until the effect is less noticeable.

Here are a few ways to get the most out of the lens:

Let’s look at some images taken with the lens.

f/1.4, 1/200s, ISO 1600. Admittedly, shooting pets with this lens can be very challenging. Trying to capture hyper or fast-moving subjects is no easy task. Fortunately I was lucky enough to catch this cute pup while he was taking a breather. 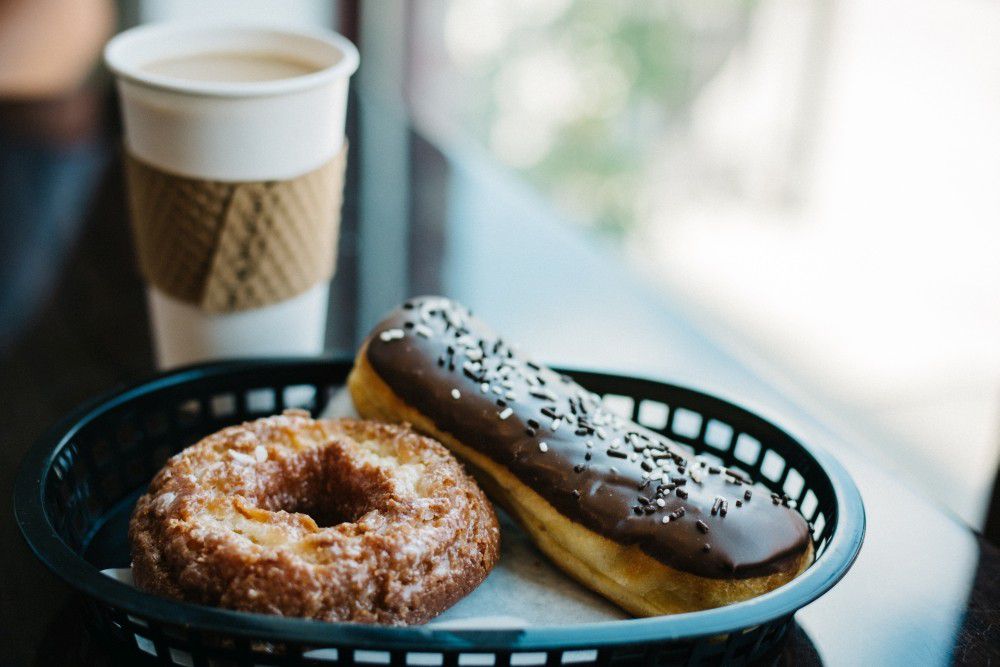 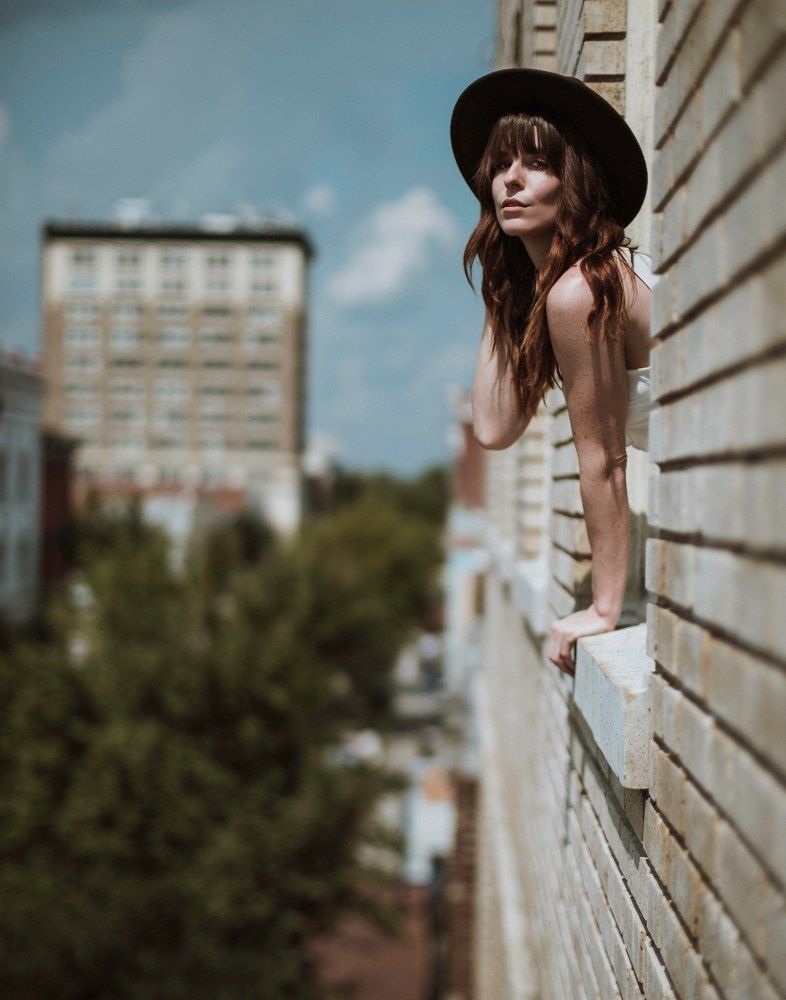 Key lesson: If your camera has an electronic shutter, you can take advantage of its extremely fast shutter speed to achieve background blur in broad daylight! To do this, make sure your shutter is set to electronic (generally by going into your camera’s menu system). Then, stop up your aperture so that you’re shooting either wide open or close to it. Now take your shot. Because you’re able to shoot much faster than a mechanical shutter would allow, you should be able to get great background separation without blowing out your image. No neutral density filter is needed! 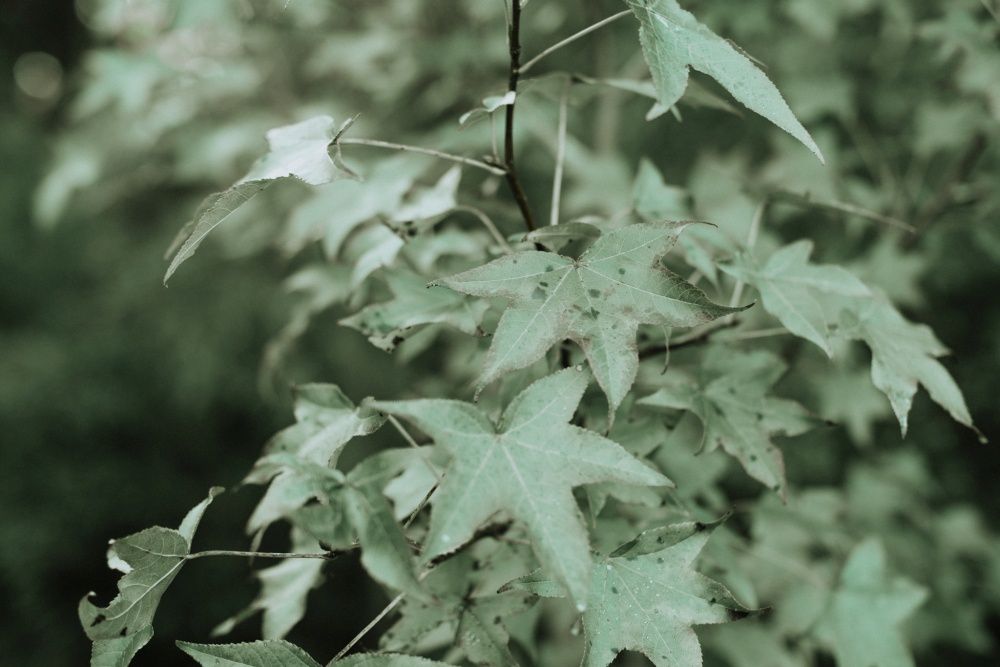 With a minimum focusing distance of just over a foot, the Mitakon lets you get close enough to capture details.

For those curious about just how different each stop is in depth of field, here are some examples. Each portrait was taken in the same spot, with the same subject. The only thing that changed in the scene was the lighting. Pay attention to how the background starts to come into focus as I narrow my aperture from wide open to f/16. 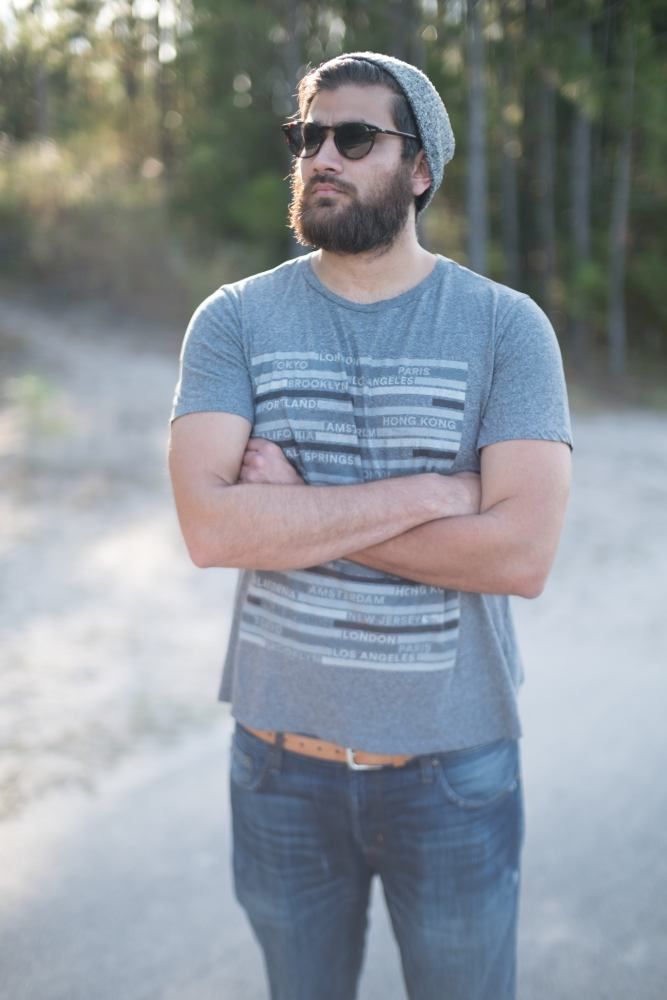 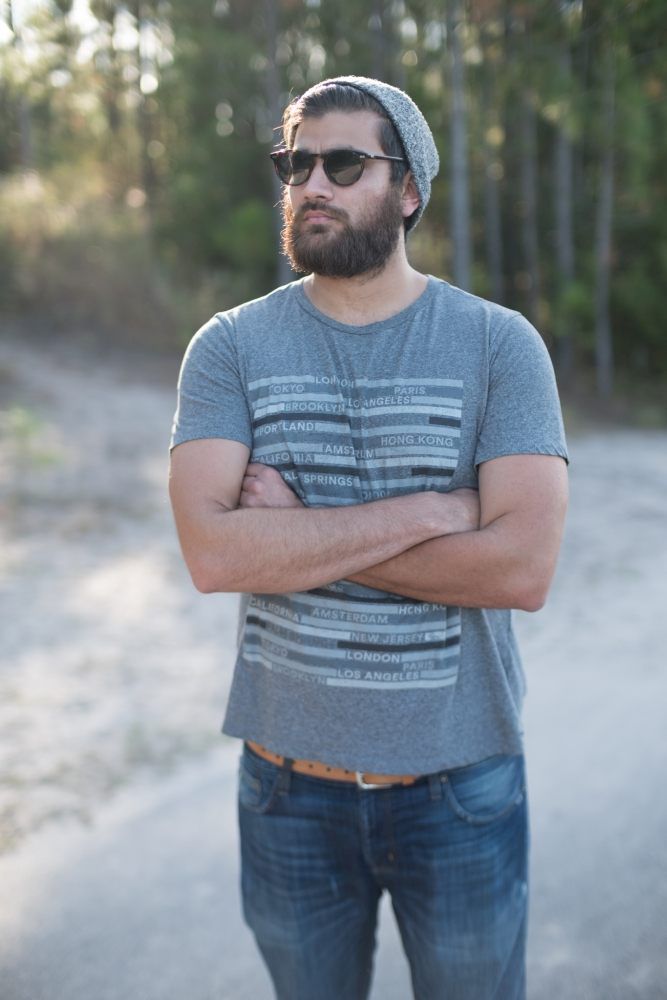 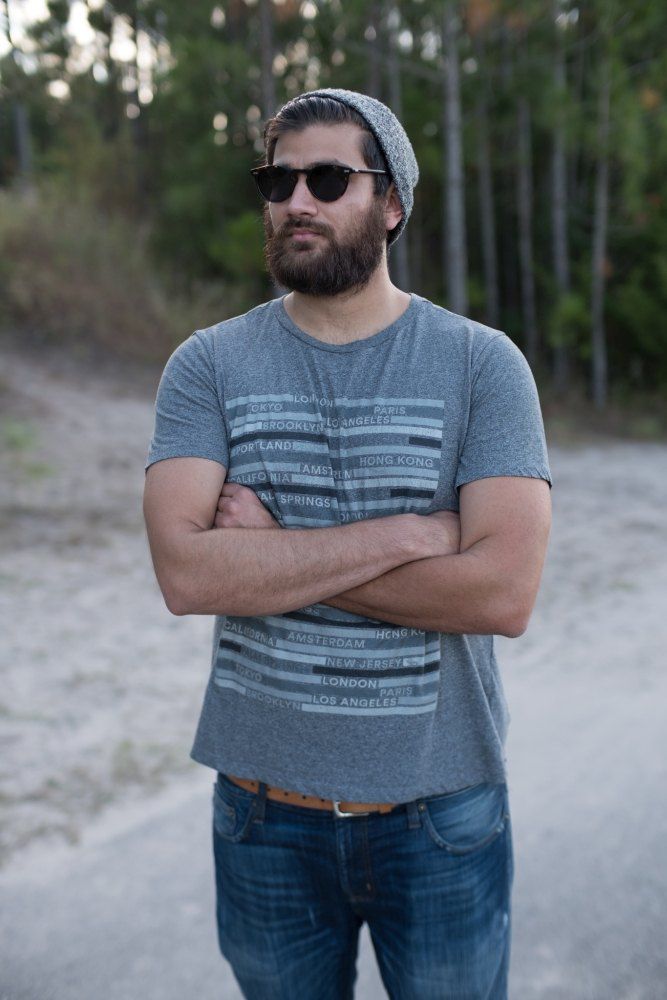 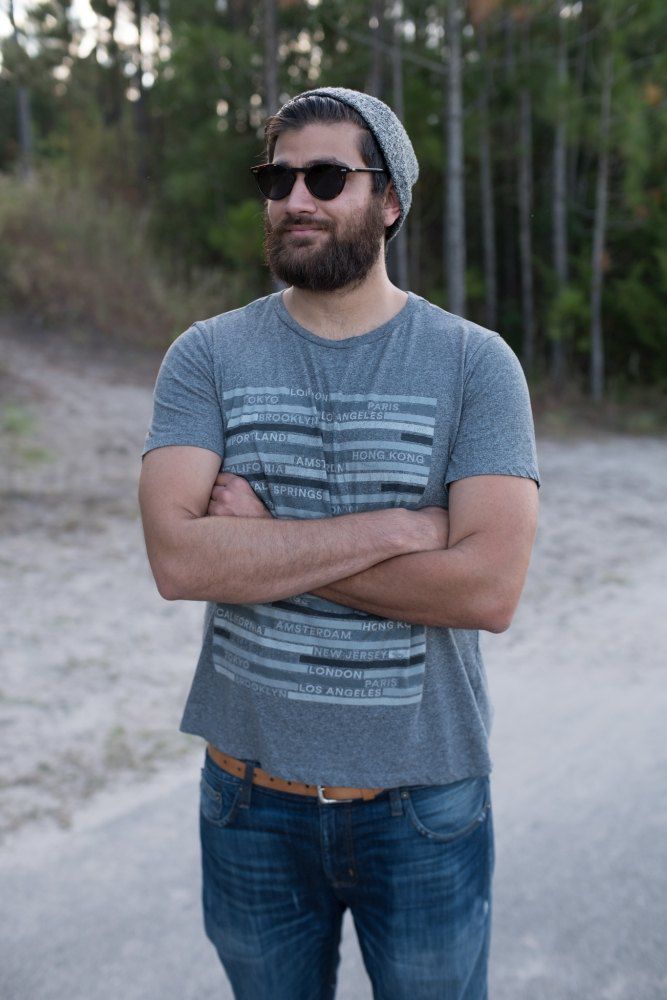 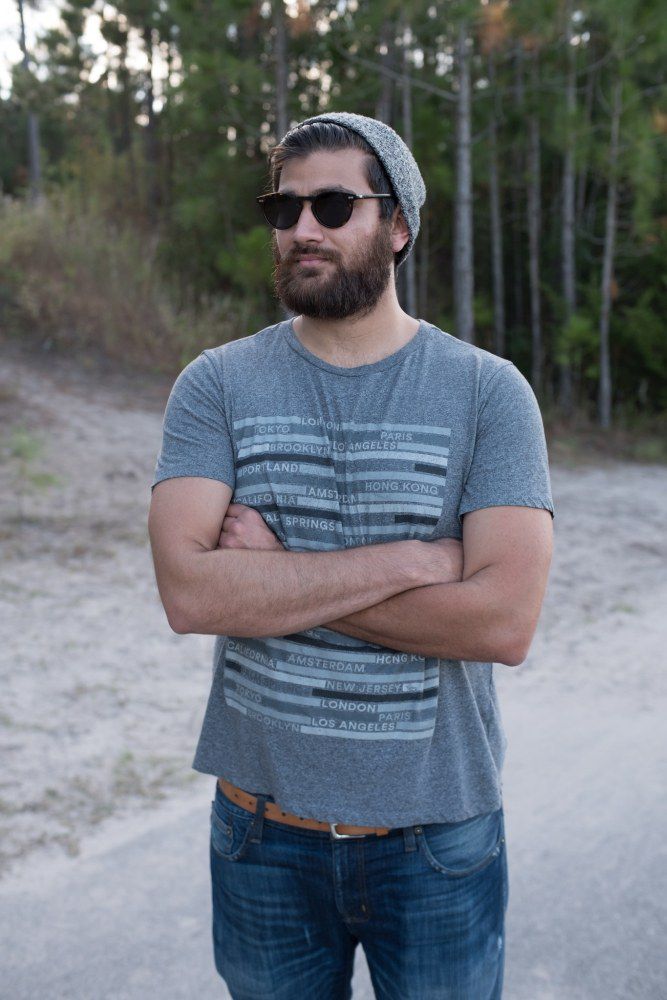 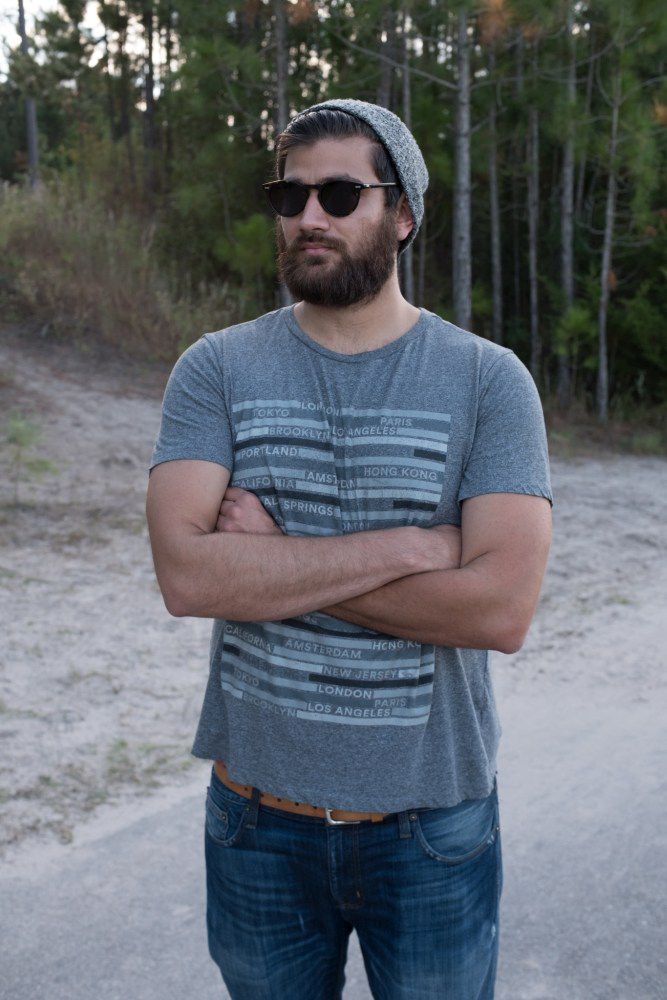 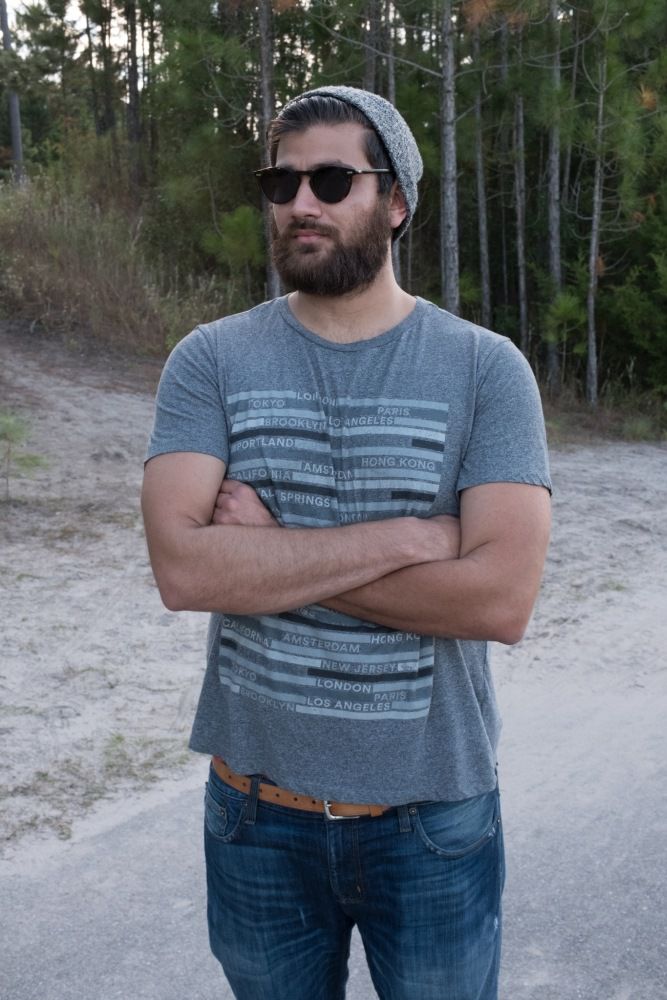 The Mitakon is a wonderful lens that offers a depth of field unlike any other. For photographers who are looking for dreamy background blur in their images, it’s hard to beat. The fact that it’s manual focus forces you to slow down with your shots to make sure you have your subjects properly in focus. It takes some practice, but in time you should find yourself capable of achieving focus fairly quickly, even with moving subjects.

At the end of the day, many people are drawn to this lens because of its ability to shoot at f/0.95. It’s just cool to even say! But remember, not every photo demands shooting wide open, so consider what you’re shooting and ask yourself if it would be better to stop down to get a little more of the scene in focus.

Kevin Kleitches is a photographer and educator based in Wilmington, North Carolina. He believes that creating and collaborating have the power to transform your life. You can read his photography and business tips on his blog and check out his Instagram, where he posts daily.

Want More?
If you’d like to produce your own inspiring, memorable images that convey real meaning and emotion, our Art of Portrait Photography eBook is the perfect next step.

It covers everything you need to know to take consistently great portrait shots – lighting and posing tips, composition guidelines, getting great shots from minimal equipment, and much more. Go here now to find out more – The Art of Portrait Photography

Get Fresh Tutorials & Inspiration From Photzy